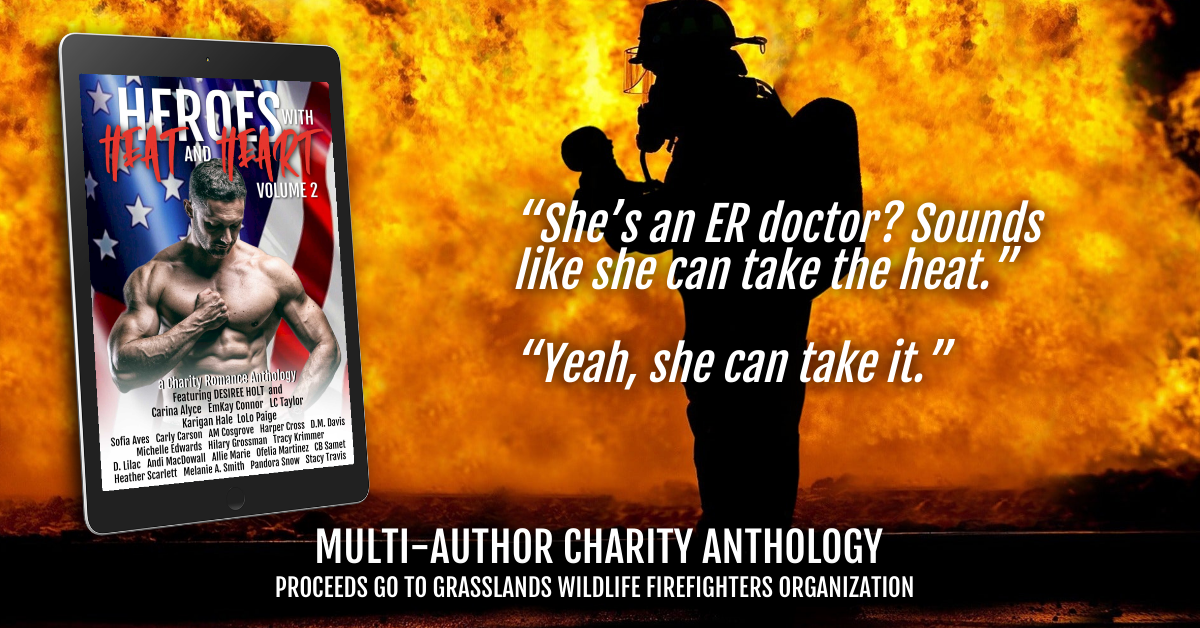 “Good shift.” Rick jabbed Pike lightly in the arm as they drove through the neighborhood. They’d responded to two medical emergencies, two car accidents, one fire alarm, and one apartment fire. Every call had run remarkably smoothly.

“Thanks for the ride. My truck should be out of the shop tomorrow.” Rick’s vehicle had developed a strange rattle when accelerating. He’d tinkered with the Ram to the extent of his knowledge, checking the valves, engine mount, and exhaust components. When he’d reached the limit of his mechanical abilities, he’d had someone more experienced evaluate the truck.

“No problem,” Pike said. “Kim’s out of town, so I have a chance to enjoy your company for a few hours and wind down. I’ll have to limit myself to two beers in order to drive you home.” His teammate was a full foot shorter than Rick and further contrasted with dark hair and dark skin with Rick’s light skin and eyes. Despite Pike’s height, his enormous biceps could out-bench anyone in the fire station, and Kim often joked they were the reason she married him.

“I can rideshare if need be,” Rick said.

Pulling into his driveway, Pike waved away his friend’s suggestion as his face lit with anticipation. “I’ve got this new brew you need to try. No way you’re going to guess my secret ingredient this time.”

Rick smiled, happy he had a friend in his unit whose hobby was brewing his own beer. Pike was proficient at it, and Rick didn’t mind being the taste tester. He had a knack for tastes and smells and could often guess Pike’s ingredients, so they’d made a game of it years ago.

“Challenge accepted,” Rick said. Few things were more enjoyable than a cold beer on a summer evening while relaxing on Pike’s back porch after a busy day.

Pike parked, hopped out, and headed for the door. Rick moved a little slower behind him. He’d tweaked a hamstring on the last call—an apartment fire on the fifth floor where someone had been smoking while wearing oxygen. They’d kept the flames contained to the one apartment and rescued the victim, though Rick didn’t know the woman’s likelihood of survival. She had extensive burns and probably smoke inhalation injury on top of her pre-existing lung disease. The paramedics had whisked her away to Regional Hospital, the nearest burn unit.

When he closed the car door, a scent hit Rick. Smoke. He sniffed his clothes. He’d showered at the station after his shift, so the smell shouldn’t be him. It was pungent, like burning plaster and upholstery. Like the apartment fire. The odor was distinct from a brush or forest fire, whose earthy scent he liked, and different from textile and chemical fires, which were more acrid.

He looked over at Pike’s house, catching a flicker of light in the windows. Small streams of smoke were barely noticeable against the dark sky. Alarm raised the hair on his neck and ratcheted up his heart rate.

Pike had already unlocked the door.

As Pike swung the door open, the fire flashed outward, a great billowing red dragon that unleashed an angry roar and knocked his friend backward, down his porch steps.

“Pike!” Rick ran toward him, ignoring the heat and choking smoke from the house engulfed in flames. He had to reach his friend.

​>>BUY THE ANTHOLOGY TO KEEP READING